Migrating to the RPi

Raspberry Pi shenanigans, and other things

I’d ordered the Raspberry Pi 4B (the 4GB variant), sometime early this year, thinking I’d get to self-hosting everything on it as soon as it arrived. As things turn out, it ended up sitting in its box up until two weeks ago — it took me that long to order an SD card for it. No, I didn’t have one. Anyway, from there began quite the wild ride.

Then it hit me: my phone (my brother’s, actually), has an SD card slot that actually works. Perhaps I can use the phone to flash the image? Took a bit of DDG’ing (ducking?), but we eventually figured out that the block-device for the SD on the phone was /dev/mmcblk1. Writing to it was just the usual dd invocation.

After the initial setup, I was eager to move my services off the Digital Ocean VPS, to the RPi. I set up the SSH port forward through my router config, as a test. Turns out my ISP has me NAT’d. The entirety of my apartment is serviced by these fellas, and they have us all under a CG-NAT. Fantastic.

Evading this means I either lease a public IP from the ISP, or I continue using my VPS, and port forward traffic from it via a tunnel. I went with option two since it gives me something to do.

This was fairly simple to setup with Wireguard and iptables. I don’t really want to get into detail here, since it’s been documented aplenty online, but in essence you put your VPS and the Pi on the same network, and forward traffic hitting your internet facing interface (eth0) to the VPN’s (wg0). Fairly simple stuff.

setting up Mastodon on the Pi

Mastodon was kind of annoying to get working. My initial plan was to port forward only a few selected ports, have Mastodon exposed on the Pi at some port via nginx, and then front that nginx via the VPS. So basically: Mastodon (localhost on Pi) <–> nginx (on Pi) <–> nginx (on VPS, via Wireguard). I hope that made sense.

Anyway, this setup would require having Mastodon run on HTTP, since I’ll be HTTPS’ing at the VPS. If you think about it, it’s kinda like what Cloudflare does. But, Mastodon doesn’t like running on HTTP. It just wasn’t working. So I went all in and decided to forward all 80⁄443 traffic and serve everything off the Pi.

Getting back to Mastodon — the initial few hiccups aside, I was able to get it running at toot.icyphox.sh. However, as a seeker of aesthetics, I wanted my handle to be @icyphox.sh. Turns out, this can be achieved fairly easily.

Add a new WEB_DOMAIN variable to your .env.production file, found in your Mastodon root dir. Set WEB_DOMAIN to your desired domain, and LOCAL_DOMAIN to the, well, undesired one. In my case:

Funnily enough, the official documentation for this says the exact opposite, which…doesn’t work.

I don’t really understand, but whatever it works and now my Mastodon is @x@icyphox.sh. I’m not complaining. Send mail if you know what’s going on here.

And oh, here’s the protective case nerd fashioned out of cardboard. 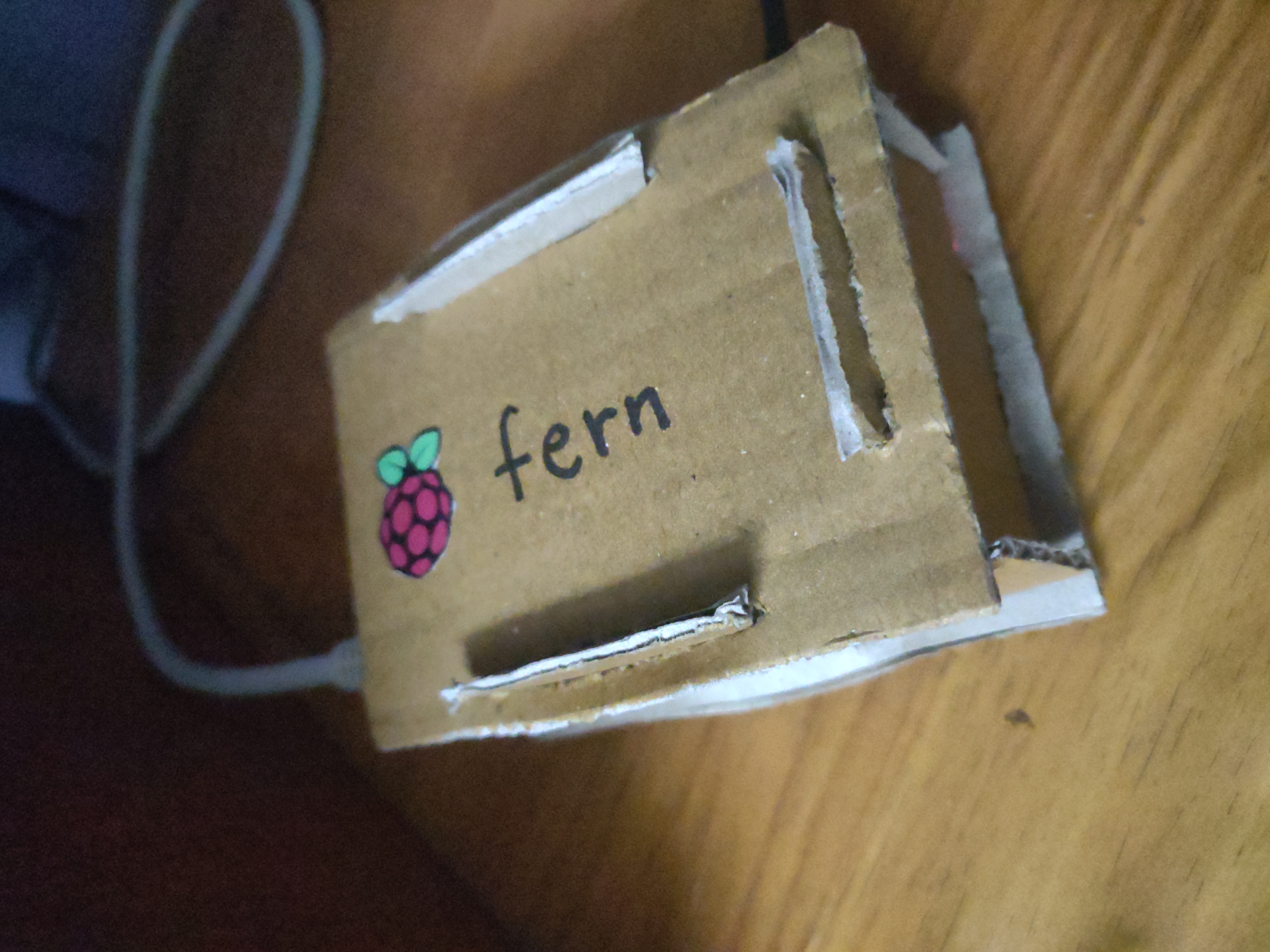