After having recently installed KISS, and building Firefox from source, I was exposed to the true monstrosity that Firefox — and web browsers in general — is. It took all of 9 hours to build the dependencies and then Firefox itself.

Sure, KISS now ships Firefox binaries in the firefox-bin package; I decided to get rid of that slow mess anyway.

vimb is a browser based on webkit2gtk, with a Vim-like interface. webkit2gtk builds in less than a minute — it blows Firefox out of the water, on that front.

There isn’t much of a UI to it — if you’ve used Vimperator/Pentadactyl (Firefox plugins), vimb should look familiar to you. It can be configured via a config.h or a text based config file at ~/.config/vimb/config. Each “tab” opens a new instance of vimb, in a new window but this can get messy really fast if you have a lot of tabs open.

tabbed is a tool to embed X apps which support xembed into a tabbed UI. This can be used in conjunction with vimb, like so:

Where the -e flag is populated with the XID, by tabbed. Configuring Firefox-esque keybinds in tabbed’s config.h is relatively easy. Once that’s done — voilà! A fairly sane, Vim-like browsing experience that’s faster and has a smaller footprint than Firefox.

Ad blocking support isn’t built-in and there is no plugin system available. There are two options for ad blocking:

Some websites tend to not work because they detect vimb as an older version of Safari (same web engine). This is a minor inconvenience, and not a dealbreaker for me. I also cannot login to Google’s services for some reason, which is mildly annoying, but it’s good in a way — I am now further incentivised to dispose of my Google account.

And here’s the screenshot y’all were waiting for: 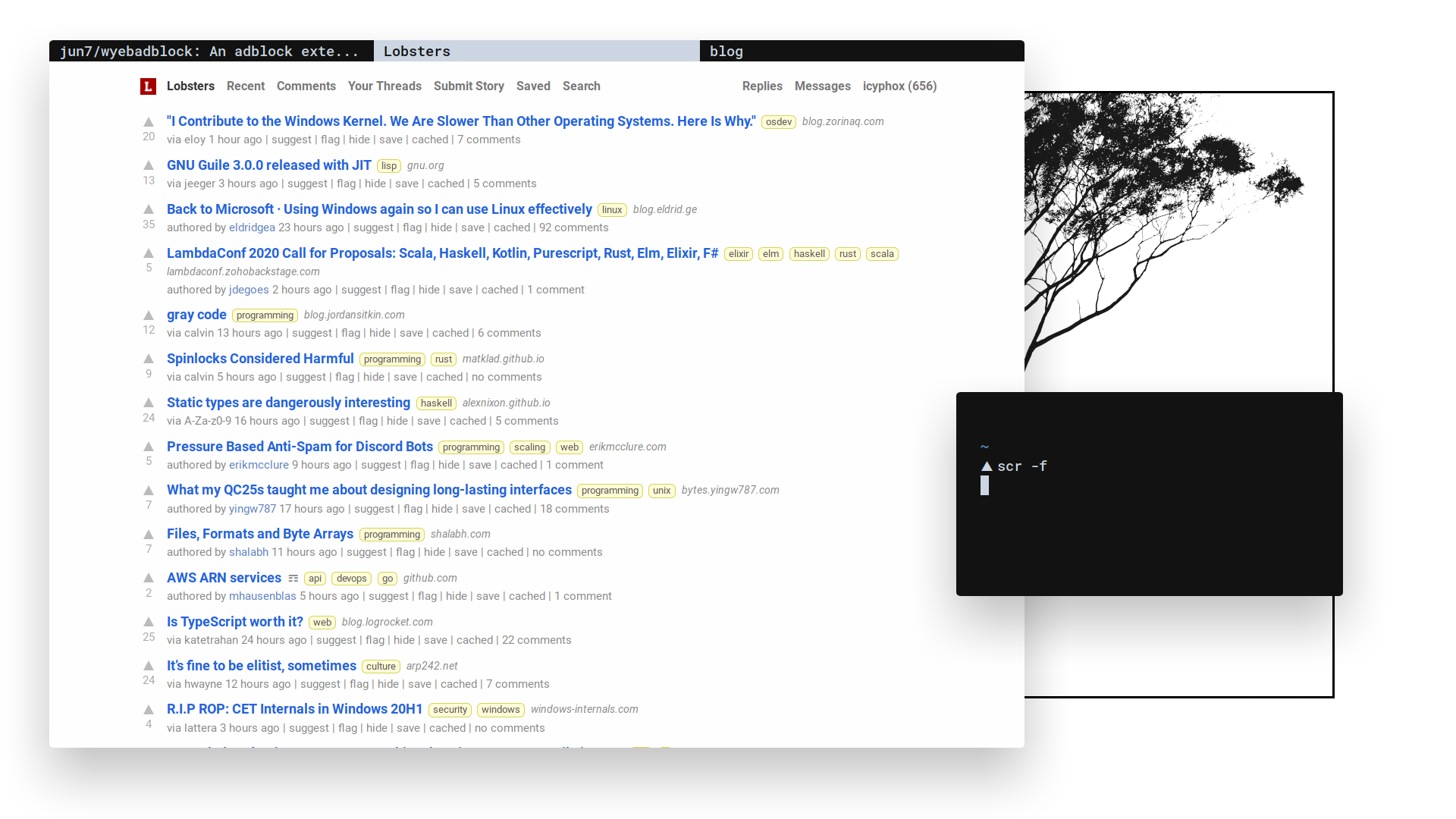