Setting up my personal mailserver

This is probably a terrible idea…

A mailserver was a long time coming. I’d made an attempt at setting one up around ~4 years ago (ish), and IIRC, I quit when it came to DNS. And I almost did this time too.1

For this attempt, I wanted a simpler approach. I recall how terribly confusing Dovecot & Postfix were to configure and hence I decided to look for a containerized solution, that most importantly, runs on my cheap $5 Digital Ocean VPS — 1 vCPU and 1 GB memory. Of which only around 500 MB is actually available. So yeah, pretty tight.

Turns out, there are quite a few of these OOTB, ready to deply solutions. These are the ones I came across:

The first thing that caught my eye in the README:

Fantastic, I can somehow squeeze this into my existing VPS. Setup was fairly simple & the docs are pretty good. It employs a single .env file for configuration, which is great. However, I did run into a couple of hiccups here and there.

One especially nasty one was docker / docker-compose running out of memory.

But it eventually worked after a couple of attempts.

The next thing I struggled with — DNS. Specifically, the with the step where the DKIM keys are generated2. The output under
config/opendkim/keys/domain.tld/mail.txt
isn’t exactly CloudFlare friendly; they can’t be directly copy-pasted into a TXT record.

But while configuring the record, you set “Type” to TXT, “Name” to mail._domainkey, and the “Value” to what’s inside the parenthesis ( ), removing the quotes "". Also remove the part that appears to be a comment ; ----- ....

To simplify debugging DNS issues later, it’s probably a good idea to point to your mailserver using a subdomain like mail.domain.tld using an A record. You’ll then have to set an MX record with the “Name” as @ (or whatever your DNS provider uses to denote the root domain) and the “Value” to mail.domain.tld. And finally, the PTR (pointer record, I think), which is the reverse of your A record — “Name” as the server IP and “Value” as mail.domain.tld. I learnt this part the hard way, when my outgoing email kept getting rejected by Tutanota’s servers.

Yet another hurdle — SSL/TLS certificates. This isn’t very properly documented, unless you read through the wiki and look at an example. In short, install certbot, have port 80 free, and run

Once that’s done, edit the docker-compose.yml file to mount /etc/letsencrypt in the container, something like so:

With this done, you shouldn’t have mail clients complaining about wonky certs for which you’ll have to add an exception manually.

There are a few good reasons for this:

No really, this is the best choice for truly private email. Not ProtonMail, not Tutanota. Sure, they claim so and I don’t dispute it. Quoting Drew Devault3,

Truly secure systems do not require you to trust the service provider.

But you have to trust ProtonMail. They run open source software, but how can you really be sure that it isn’t a backdoored version of it?

When you host your own mailserver, you truly own your email without having to rely on any third-party. This isn’t an attempt to spread FUD. In the end, it all depends on your threat model™.

Email today is basically run by Google. Gmail has over 1.2 billion active users. That’s obscene. Email was designed to be decentralized but big corps swooped in and made it a product. They now control your data, and it isn’t unknown that Google reads your mail. This again loops back to my previous point, privacy. Decentralization guarantees privacy. When you control your mail, you subsequently control who reads it.

Can’t ignore this one. It’s cool to have a custom email address to flex.

Pfft, this is no competition. 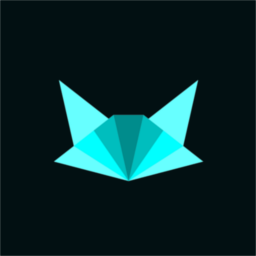