A short review of my first ever trackball

Ever since switching to a split keyboard, using a mouse has been rather awkward. Do I put it in between the two halves? Not enough space. Do I put it to the right? Again, not enough space since that’s where my notebook sits. And then there was the pain. I had to take routine breaks from using the mouse due to pain on the bottom-left side of my palm.

Enter, the trackball. Trackballs are pointing devices much like the slightly more popular rodent. They’re super old—dating right back to the post-World War II era.1 Largely speaking, there are two kinds of trackballs: thumbballs and fingerballs. A thumbball, like the name suggests, is operated using the thumb. A fingerball (also called as ambidextrous trackballs) has the ball in the center, with buttons on either side. They behave quite like a laptop’s touchpad.

Trackballs take up very little space (check!), and are known to help with RSI (also check!). So I got one.

I got the Logitech Ergo M575. This is the cheapest Bluetooth trackball available in India. I bought it for around INR 3500 (≈45 USD). It sits comfortably and stably in between the two halves of my keyboard; it is so much easier on my hand—it has greatly alleviated my pain. Pictured below is my actual desk right now2.

The M575 is larger than your typical mouse but that’s fine since it doesn’t move. Its curved shape is very satisfying to hold—it fills your entire palm. The build quality is pretty solid. It’s all plastic, but that’s a good thing. Rubberized finishes are harder to clean and start getting gooey and icky after a while. 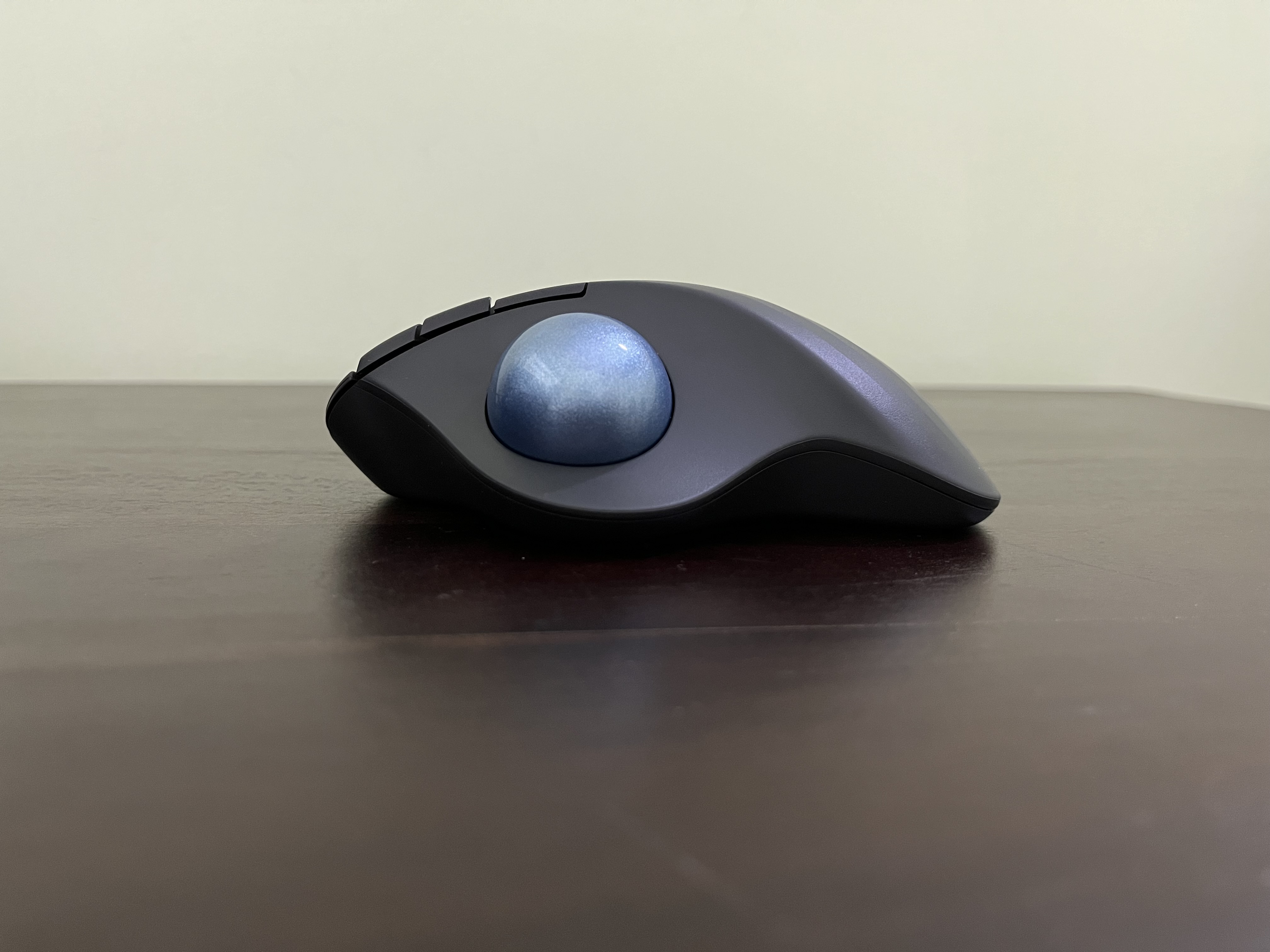 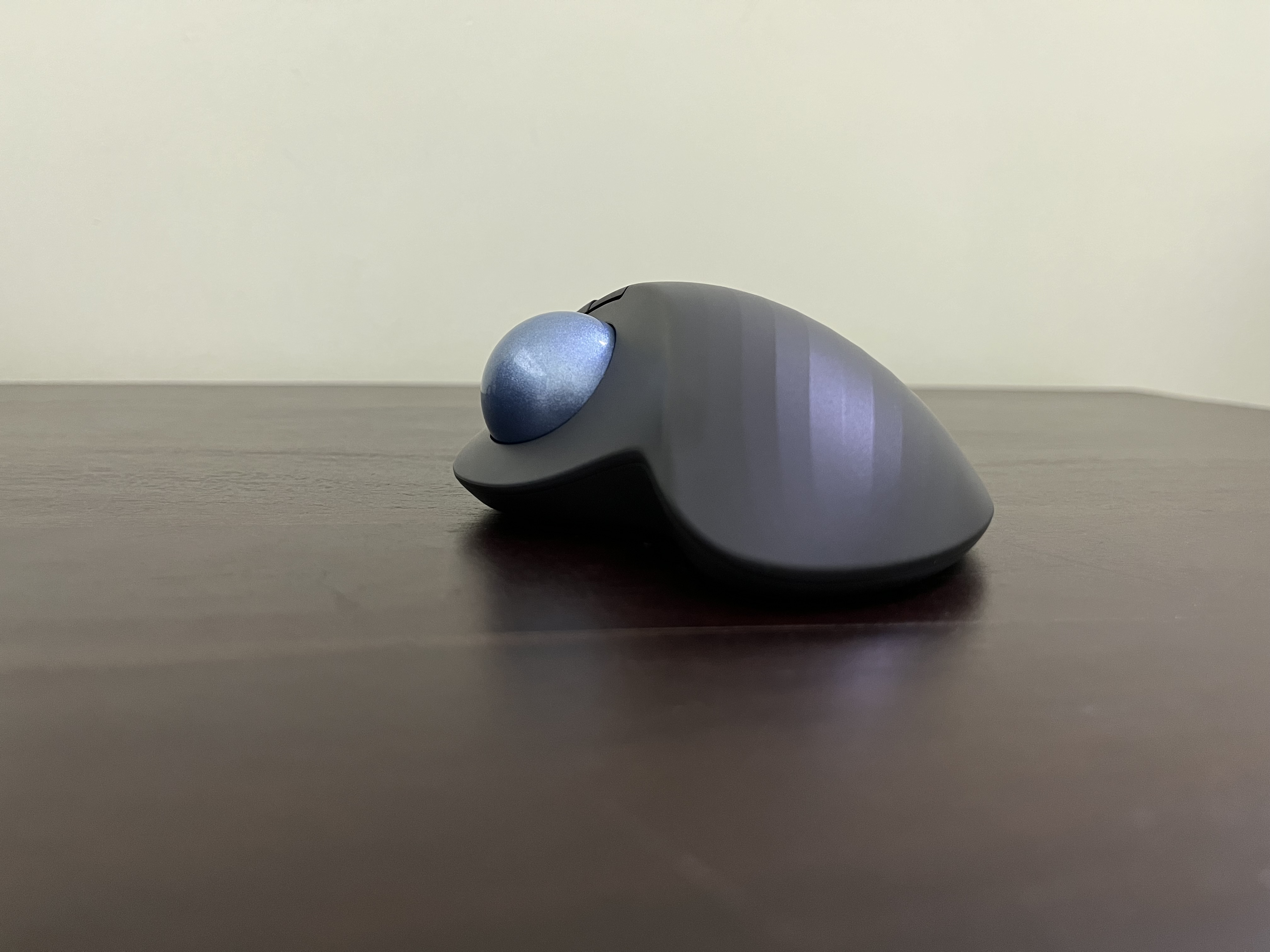 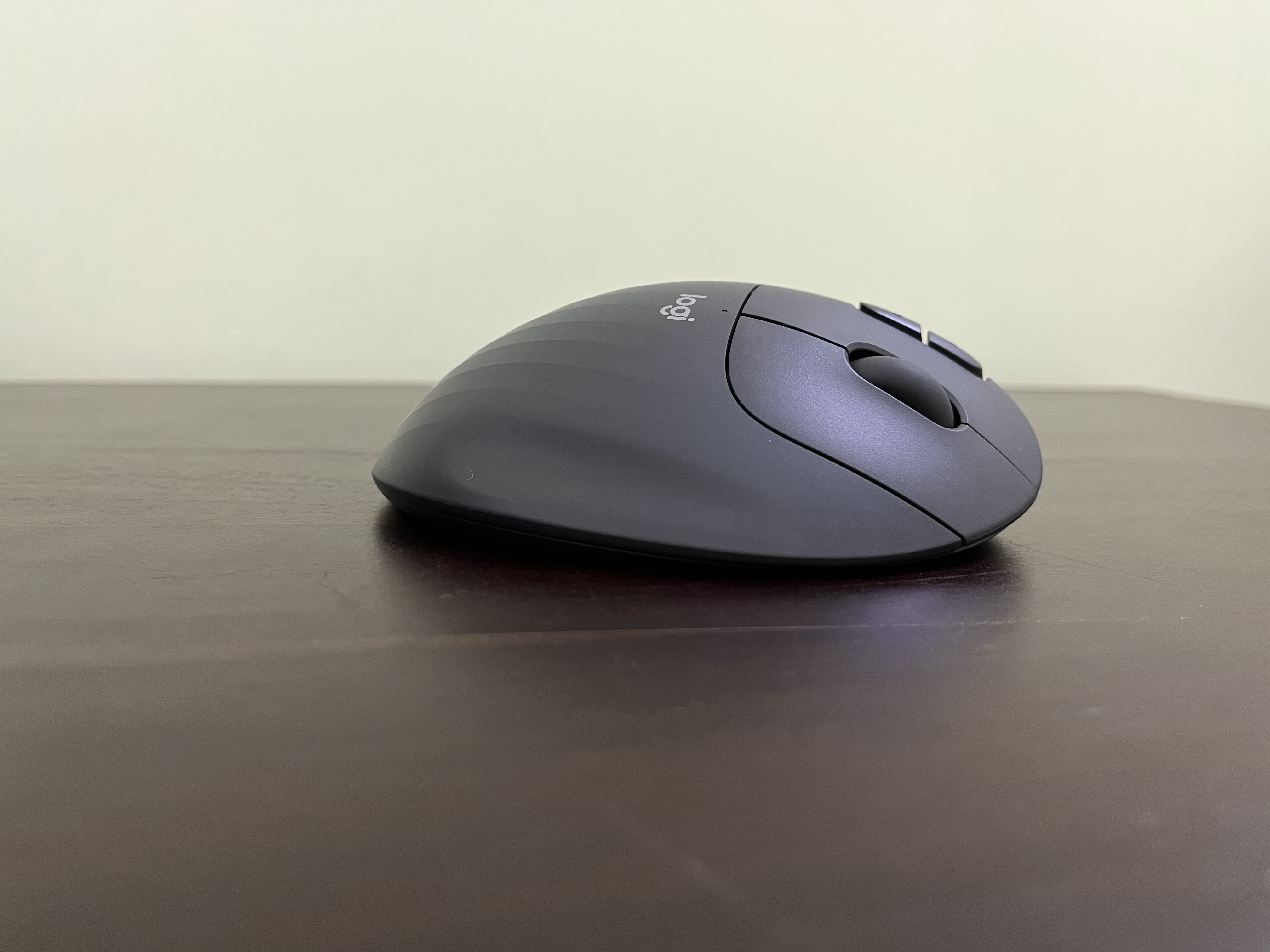 There are a total of 5 buttons: the left and right, scroll wheel and the forward/backward buttons, which sit to the top left. I’m not sure I like their positioning however—I prefer them by the thumb. I suppose the ball takes up that space. Speaking of the ball: it’s a sparkly plastic-ish (not sure really) material and it’s pretty light. It can (and needs to be) popped off now and then for cleaning. The ball sits on three ceramic bearings which are very smooth.

It ships with a single AA battery with an advertised runtime of 24 months. Connectivity is either via Bluetooth or a USB-A dongle found in the battery compartment.

As for software, Solaar is a GUI (and a CLI) for various Logitech devices, the M575 included. I couldn’t get much use out of it aside from tweaking DPI settings. 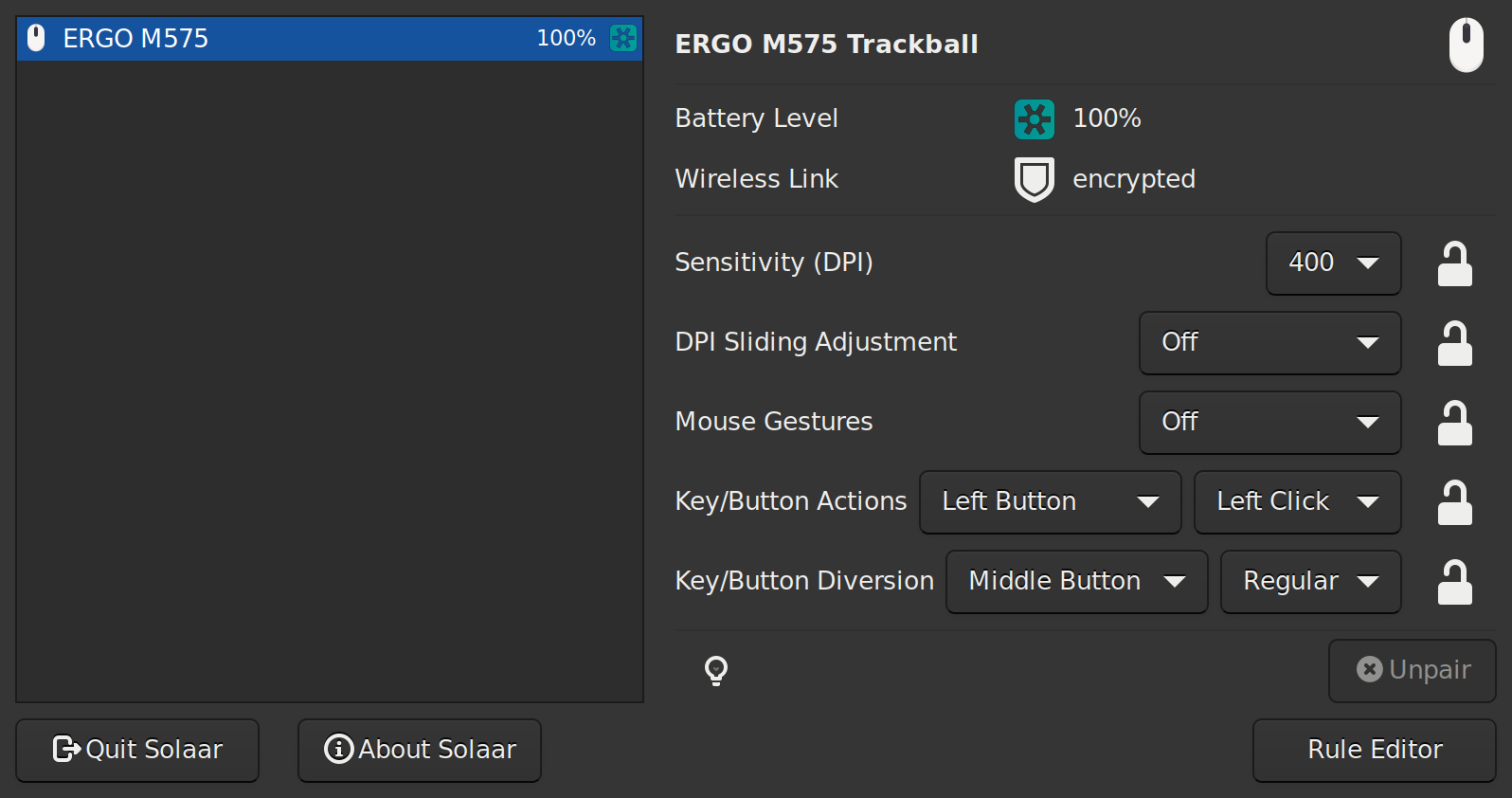 A neat trick, and decidedly more useful, is enabling scrolling using the trackball. On NixOS3, this simply requires adding the following to services.xserver:

With this, I can simply hold down the left and right buttons (equivalent to pressing the scroll wheel), and scroll with the trackball. Want to scroll all the way to the bottom? Just flick! It’s glorious.