Late again because I was busy packing

Quite possibly the “fastest” year I’ve experienced—it feels like yesterday when 2022 began. I think I did a lot last year, contrary to previous years where I felt I’d just squandered my time away. Which is partly great because more content! But also not great, because I have to write it. It’s not that I don’t enjoy writing anymore (despite what the number of posts in 2022 might lead you to believe), I just find it harder to sit and do the thing—perhaps something to think about and investigate in 2023. But I digress—as I said, I did get a lot done last year, so let’s get right into it.

I’m only talking about software projects here, since this time around, we’ve got some hardware hacks (ooh!).

First on the list is legit, a web frontend for git. A very important characteristic of legit that needs mention is the fact that it’s written in Go—it’s even the name of the first major release (v0.2.0).1 On a more serious note, it’s probably the nicest thing I’ve built from scratch and it’s very cool to see legit instances in the wild. I consider it mostly feature complete, barring a couple of outstanding PRs that I have yet to get to.

Next up is honk. Not really my own project, but something I spent a non-negligible amount of time hacking on. The honk lives in my head, rent-free. A few changes in my honk fork are:

Lastly, I installed OpenBSD on my Oracle VM and now everything runs off it, this site included.

Probably not a “project”, but I’ll include it here anyway: I switched my entire dotfiles setup to Nix and home-manager and rest of that shit I used to filter on Lobste.rs. While I like the declarativeness, I won’t pretend I understand the half of it. Believe me, I’ve tried. But it mostly just works the way I have it, so I’ll leave it at that. 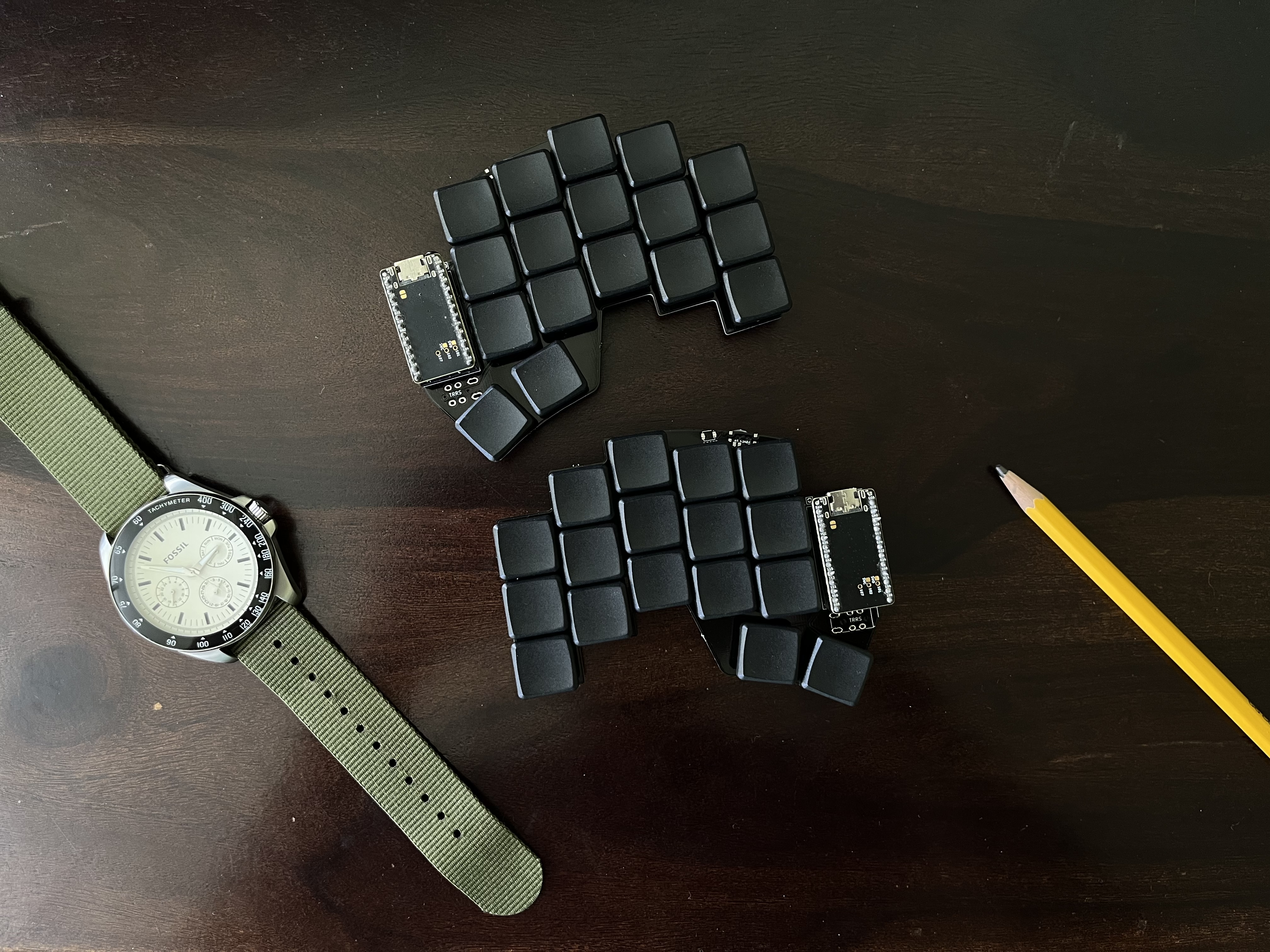 There’s a lot to write about keyboards and how I use mine, but I’ll likely write a separate post covering that since it’s fairly interesting and pretty long-winded. Until then, you can read Nerdy’s article on the subject.

my time at Ory

Sometimes things don’t work out and it’s best to cut your losses and bounce. I came away with only positives and I greatly enjoyed my time at Ory. I got to work on some rather exciting stuff like:

A decent amount of travel last year: a week in Goa, three days in Jaipur, two days in Chikmagalur and one day in New Delhi. Here’s one picture from each trip, in order. 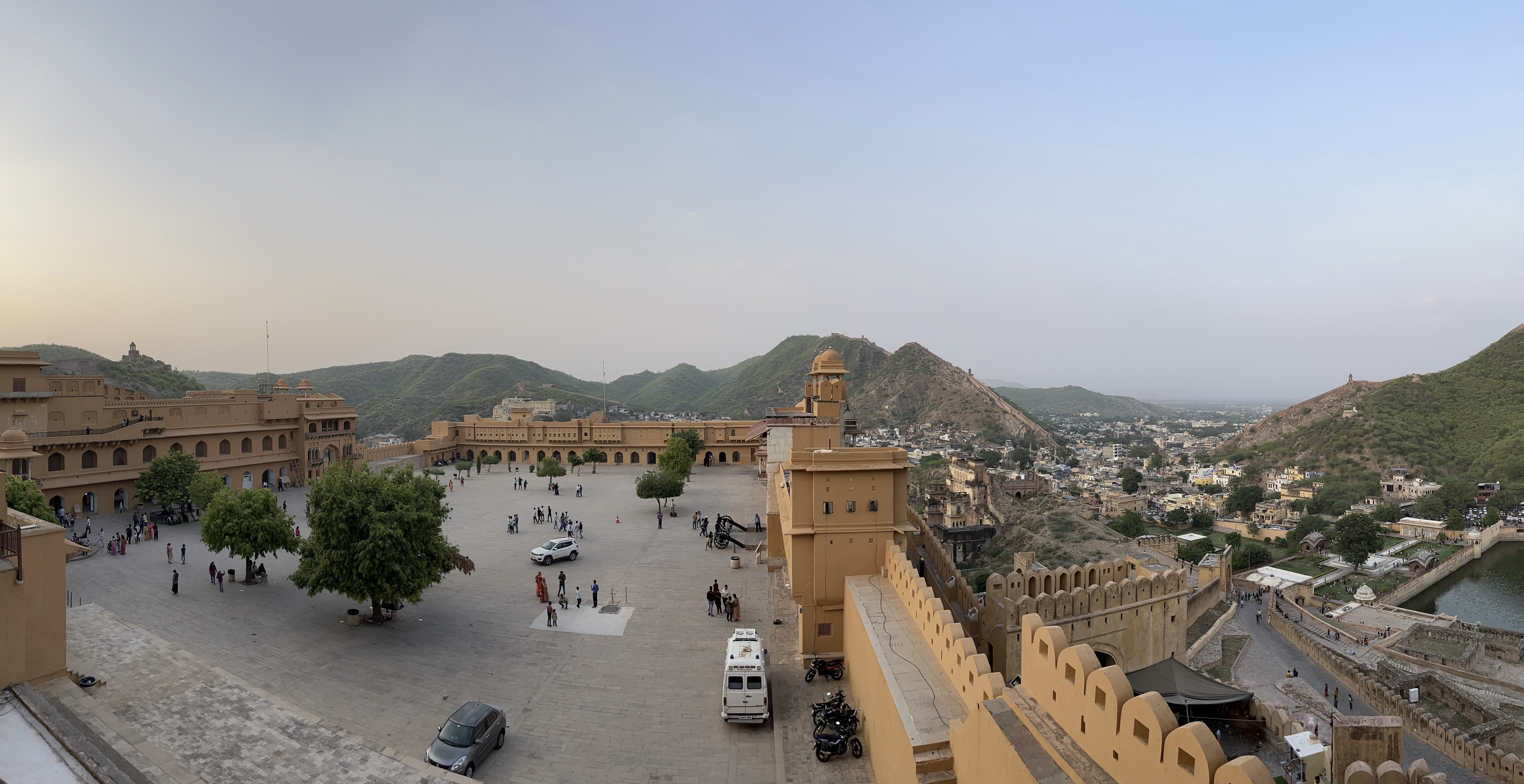 My fitness journey has seen considerable improvement. I streamlined my routine for the most part, and I’ve stuck to it. My usual week now consists of 3–4 upper body workouts, about 2 core workouts and 2 runs, about 5 or 6km.

My ability to run has also greatly increased. I used to struggle to hit 5ks back in 2021—I can now comfortably run 8k and still feel pretty good after. Granted, I’m not running for time—my fastest 5k (the only time I timed it) is a rather generous 26 minutes.

One major change I made in the latter half of last year was switching to calisthenics for all my strength training. My ultimate goal is to be able to do a full planche and front lever unassisted. I can currently hold a tucked front lever for about 10 seconds—but hey, progress is progress.

2022 was the year I got decently shredded. Still not quite Chris Heria, but we’re getting there. I’d put myself somewhere around 15% body fat, on a good day. I didn’t strictly regulate my diet, but I was somewhat conscious about what I was eating. A rough daily calorie estimate is constantly in the back of my head. For ‘23, I’d like to be a little more meticulous and properly count my calorie intake.

Reading was definitely on the forefront of 2022. I made a conscious effort to spend a set amount of time each day reading—until about late November when I simply stopped. I can’t remember why I did, but for me, it’s really easy to “lose” a habit—week or two of not reading, and I’ll find myself moving on to other things. Another thing to think about for 2023.

In 2022, I read 15 books (dropped one). I’m discounting Assassin’s Apprentice since I have yet to get around to finishing it. Looking back, I can’t pick any single standout read of last year, except maybe Patrick Rothfuss’ Kingkiller Chronicle, which I still think about.

I remember mentioning The Wheel of Time series in my 2021 retrospective. I managed to read the first two, but couldn’t get into the third. Jordan’s writing doesn’t make for the easiest of reading, and—I speak for myself when I say this—spacing it out is probably best. Except I never got back.

This year, I’m hoping to read:

Reject modernity, embrace tradition—only the one tradition where we talk about this site and count the number of blog posts I wrote!

Lowest yet, and the trend year-over-year doesn’t look promising. I don’t think I’ll ever completely stop writing, but I certainly won’t be writing as much as I used to. I’ve largely stopped writing “commentary” since it’s pretty pointless and inherently tied to the news cycle—it loses readability value even just a month later.

The catch-all. The flytrap. The part where everything else too small to deserve its own subsection get fleeting mentions. Let’s run through them real quick since I’m losing patience and the date on this blog post has been changed four times already.

The bullet journal: I wrote about this in ‘21. While the method largely remains the same, the size of my notebook has decreased to A6, drawing inspiration from one of my favourite articles on note taking. The smaller size allows me to carry it around pretty easily, and the thinness lets me clip my ball-pen at the current page. 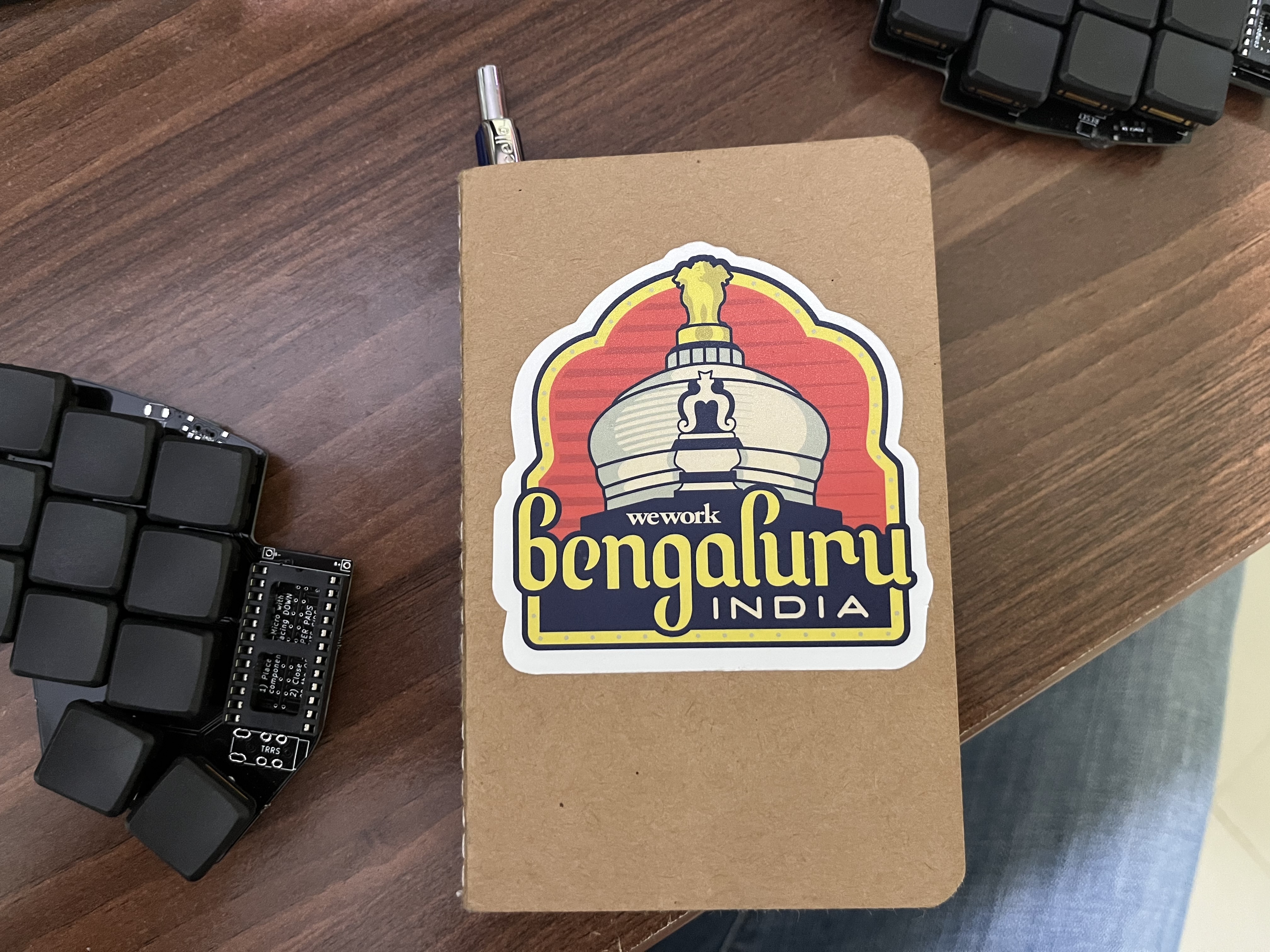 Watches: My (second) new expensive hobby. I went down the rabbithole of HMT2 watches and instantly fell in love. I’ll admit HMT watches aren’t that expensive, but I’ve been looking at some Seikos and Hamiltons that I’d like to buy this year. There’s a lot that happened last year, and there’s a whole lot more that’s going to happen this year—and very soon. I’ve been hinting at it for a while on the fedi. I’ve been packing a whole lot for it, and it’s a mere 4 days away as I write this. It’s a massive life update that I’m beyond stoked about—I’ll write about it here in few days.

Until then, thanks for sticking around and I’ll see you in a jiff.